Even influential medical publications take issue with freedom of medical conscience and religion when it comes to the healthcare sphere. What is the reason for this? In great part, it is because Catholic hospitals protect the right to life, reducing inpatient abortions by 20 percent and sterilization by 31 percent, one study reports.

This is alarming to those who feel it threatens choice and progress because:

Why This is a Double-Edged Sword for Medical Access 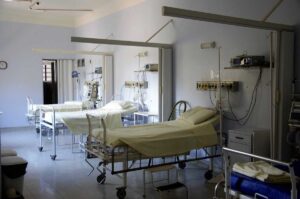 The increasing debate over the influence of religious faith on health care issues, from reproductive health to end-of-life issues, is hailed as a partisan political issue when it’s really a pro-life, religious freedom, and health care access issue. The battle over whether to protect medical conscience and religious freedom is not only about our civil rights, but also about maintaining a diverse health care workforce that can attract and maintain medical professionals of faith who are vital in providing sufficient health care access in America. Threats to religious freedom deter young adults from entering the medical profession. They fear persecution and that they will have to violate their conscience or deeply-seated religious beliefs out of a misguided sense of patient choice.

The New England Journal of Medicine – one of the world’s most influential medical publications – laments that one in six U.S. hospitals are affiliated with a Catholic health system, saying that these hospitals “refuse to provide legally permitted health care services on the basis of institutional [meaning the Catholic Church’s doctrine] belief structures.” They claim it leads to “substantial risks for patient choice, patient safety, and the fundamental principle of autonomy.”

The Catholic Church itself notes that at times it may seem that medical and moral matters are at odds. However, as the Ethical and Religious Directives for Catholic Health Care Services states, “throughout the centuries, with the aid of other sciences, a body of moral principles has emerged that expresses the Church’s teaching on medical and moral matters and has proven to be pertinent and applicable to the ever-changing circumstances of health care and its delivery.”

The Impact on Pro-Life Health Care

The reality is this: faith-based hospitals are fighting to keep their doors open as rights to conscience and religious freedom are being eroded by lawsuits and fear-mongering.

Here’s what could happen without protections for conscience and religious freedom:

What you can do to protect your health care access:

Medical access is near and dear to the heart of Catholic teaching. The United States Catholic bishops put it best in their health care directives, “Catholic health care services rejoice in the challenge to be Christ’s healing compassion in the world.” It is dependent upon each one of us, however, to preserve and live this compassion.